How Are we Influenced by an Organisation's Culture?

Culture is an important part of any business, but how are we actually influenced by an organisation's culture and why? 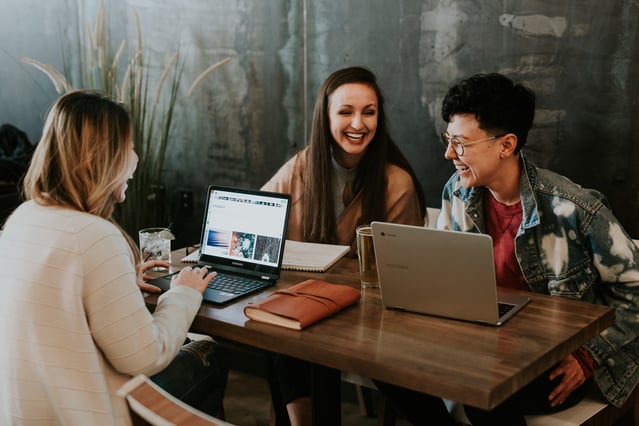 We sat down with course trainer and Change Management Expert, David Elverson, to help us identify organisational culture and the effect it has on us.

Firstly, can you illustrate why culture is so important?

Have you ever seen a new recruit join your team? They are bright eyed, bushy tailed and they are going to change the world. However, within a couple of months they are just like everyone else.

This isn't a logical rational choice that they make. The majority of people have a psychological predisposition to be like the norm of the groups they are part of. It just happens.

Read our guide for employers on managing stress in the workplace.

So what factors lead to this power of culture on staff?

Another level of cultural influence is the people you spend the most time with. We copy the behaviour of others. If the behaviour is good and positive then this can be a positive trait.  If it is negative behaviour then the impact on us is also negative.

Psychology Professor, Robert Cialdini, built on this research to show that we actually look to others to see how to behave, especially in ambiguous situations that we haven’t encountered before, in a crisis or when we perceive others to be experts.

In his original experiment, he had some accomplices stare upwards on a street pavement as if they were looking at something - although there was actually nothing there! Other people quickly joined them and a large group formed and stayed there long after the accomplices actually left.

I am sure you have experienced going to an event for the first time and you consciously look at how other people are behaving and what they are doing and this becomes your guide for the way you should behave.

Discover how to spot hidden talent in your organisation.

Can you give us an example of how you have used cultural-awareness and carried out change?

A few years ago our company won a contract in the UAE with Abu Dhabi University as part of their Emiratisation programme (diversifying the economy away from petroleum reliance). The culture change work was therefore very fundamental, as what is required for the future is very different to the current UAE position.

The consultants we sent out there all had a thorough briefing on the main cultural differences that impacted on the work they were doing before they left. Despite this, whenever we sent a consultant over there they made sure they stuck closely to someone that had been working in the UAE a while and they carefully observed and copied everything they did. Through this approach we helped them to understand the current culture and its main drivers. We then helped the University identify the culture that needed to be embedded and what drivers to use to reinforce that new culture.

All of these influences; culture, group and individual could influence us for good, for bad or it could be neutral. The point is that they do influence us and it is important to understand how and why so that we can control the impact.

Those looking to change their organisation's culture or utilise the practice of emotional decision-making,  secure your place on one of our Commercial and Organisational courses today.

Hybrid Learning Fundamentals: What to Expect from a Hybrid Training Course